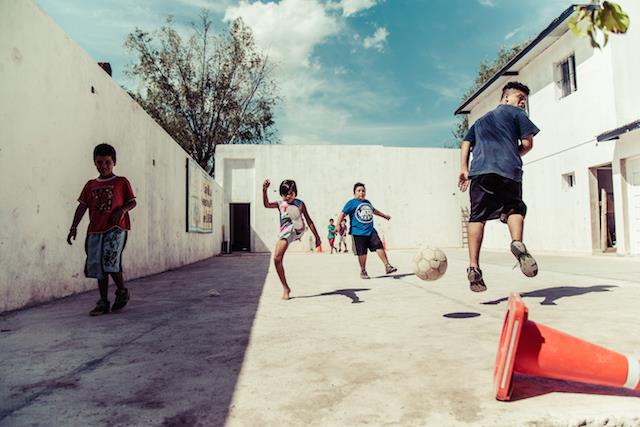 SURVEY ON THE CHILDREN’S LIVING CONDITIONS AT ATHENS CITY CENTER

This survey follows an older one; the previous one, also conducted by the Network for Children’s Rights in 2012, was based on qualitative methods. This one is based on quantitative methods. Both of them share a common objective: investigate the cultural and social resources of examined areas, which are always closely linked in a negative way with the notions of “degradation” and “decay”. Field survey was conducted in a way to include two distinct samples: parents and their children. The reason for this was to study living conditions, within family relations and comparison of these different aspects. The first survey showed the discomfort towards differences as well as towards the unknown which is uncertain. Present survey shows a turn to adjustment to living conditions as far as security is concerned but at the same time there is an intense sentiment of insecurity and uncertainty for the future social and financial conditions.

The survey’s sample population is characterized by cultural and ethnic diversity. Greeks only make up 1/3 of the sample, the rest of the sample population consisting of foreigners, namely Albanians, who form the largest group, and people who come from a surprisingly large number of countries from Eastern Europe, the Middle East and Asia. Typical of the cultural dynamics of this population is the average of three languages spoken by children (corresponding, in general, to the language of the country of origin, greek and an international language). This diversity constitutes a valuable cultural resource that has so far been underestimated under the burden of negative stereotypes regarding the concentration of foreigners in the city centre. Any cultural intervention in the area must take into account its diversity, seeking actual and potential bridges between the various groups (for instance, the majority of foreign children are born in Greece, which creates strong bonds between their families and the country).

Another aspect trait of the population under study is that it is facing financial difficulties at a higher rate than other populations in Greece. Their unemployment rate is about 15% above the national average, at a time when the latter stands at an unprecedented level. This ties in with the fact that foreigners are mainly private sector employees and workers who, as we know from other studies are the categories of employees that are most affected by unemployment. Harsh economic conditions are reflected directly in the priorities of the respondents. What primarily concerns them is finding work and securing the basic goods and services for themselves and especially for their children. Moreover, work is linked, in the case of foreigners with obtaining and maintaining a residence permit, therefore unemployment entails risks for their residence status in the country.

A third point which deserves a special mention is the place of discrimination in the hierarchy of foreigners’ problems. While foreign adults (except Albanians) say they belong to an ethnic group that is discriminated against in the country, the responses of foreign children do not indicate that discrimination is a problem that exists within schools. This shows us that schools in the examined areas have rather managed to address these phenomena. Nevertheless, responses by foreign children are also a sign that discrimination, racism and tensions between ethnic groups are not something typical of multicultural neighborhoods. On the other hand, however, we must not infer that the issue of discrimination in schools is nonexistent. Although, based on the survey data, it clearly does not constitute a general feature of school life in the examined areas, there is a minority of children who say they suffer discrimination on grounds of language. It has been argued that such discrimination against small groups at school can take a significant intensity, which means that there is need of targeted care. Even so, it is encouraging for social coexistence and integration conditions that childhood in a multicultural environment is not hampered by discrimination based on ethnic origin. This finding, especially in a context of crisis, is promising for the social bodies that are concerned about the strength of multiculturalism and laying out the relevant public policies.

The study of upbringing models shows that the different ethnic groups of the area converge in a rather middle class western / greek model, which emphasizes education, sociability and cultural activities pertaining to the school rule (painting, theater). The fulfilment of basic needs is also stressed by respondents as a major priority of parenting. At the same time, respondent parents agree on the relevant depreciation of upbringing elements associated with traditional values (cultivation of family ties, safety) and the development of personality (confidence, expression of opinion). The relevant depreciation of values associated with the development of personality seems to be associated with an instrumental conception of education, culture and technologies, which parents tend to perceive more as sources of skills’ acquisition than as a means of children’s personal cultivation. Overall, perceptions about parenting and children’s rights vary more depending on the level of education, rather than the respondents’ ethnic and cultural background.

At the practical level of relations within the family, two issues emerge that deserve the attention of the public and private bodies operating in the area. First, similarly with discrimination at school, there is a minority of children who are explicitly attributed by their parents a subordinate position within the family, through their exclusion from decision-making and imposing of physical punishment. Second, questions about how parents spend time with their children and the help that children need from their parents for their school work highlight the scope to encourage parents spend time on more collaboration with their children. A majority of children themselves say that have less help from their parents than they would have liked, because the parents lack the necessary knowledge to support children’s studying at home. For instance, greek language is a barrier for foreign parents who do not master it to a satisfactory level, thereby making the children read alone or turn to other aid. An important category that could be targeted by relevant actions to encourage domestic cooperation is the unemployed, who tend to cooperate less with their children than workers.

Of particular interest, finally, is the relationship of the examined population with their institutional environment. The first important observation on this issue is that the population who depends on the assistance provided by public and private bodies. Respondents receive help from institutions to meet their needs and spend several hours searching for relevant services and programs. The second observation relates to the content of this aid, which is oriented to meet immediate and basic needs (food, clothing) rather than improving the socio-economic status of beneficiaries (through finding employment or improving skills). Of course, no matter how much institutional aid is provided to improve the socio-economic status of individuals, the existence of several opportunities on overall economic structures, primarily in the labour market is of paramount importance. However, the content of the institutional support received by the examined population is typical of the orientation of the general welfare framework in the crisis, by focusing on supporting the most vulnerable groups to meet the most basic survival needs. The third observation concerns the existence of an ad hoc division of labour between public and private entities. Greeks and Albanians have greater access to public institutions and services, while foreigners, with the exception of Albanians, turn to NGOs and the Church. This differentiation does not reflect different needs (for example, unemployment rates are similar among different ethnic groups, but access to unemployment benefits varies greatly). This is obviously the result of legal residence issues in the country faced by many categories of foreigners (less so for Albanians who have settled longer in the country). But it is probably a matter of perceptions, as the replies by Greeks show a stronger sense of their rights from the State. Fourth, the examined population is characterized by low mobilization in forms of collective action (grassroots, neighborhood associations, NGOs, etc.) which probably indicates that dependence on institutions is associated with a certain passivity in terms of the possibilities of “from-the-bottom” promoting ways of resolving issues of concern to the population.

Program of creative activities 2020 | Center for the Child – Frourarcheio 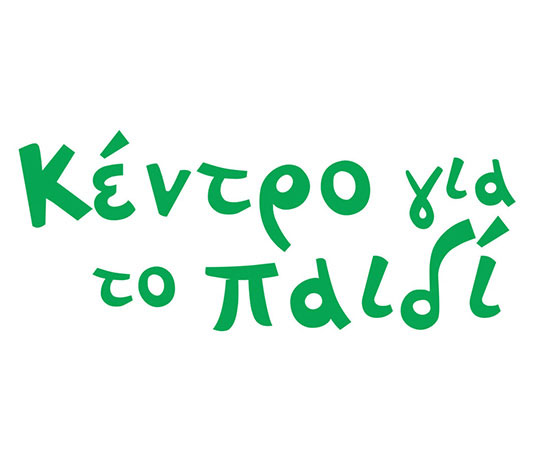 admin_dyktio
Comments (0)
Cookies are important for the smooth functionality of our website and the improvement of your online experience. Press "Accept" to continue. Read more Accept