Protection of Children’s Rights at National and European Level

In this section, we aim to present the abundance of international and European documents that protect the rights of the child and bind Greece. The main ones are the United Nations International Convention on the Rights of the Child, which concerns children exclusively, and the European Convention for the Protection of Human Rights and Fundamental Freedoms (ECHR), which includes children. Special reference is made to the work of the Committee on the Rights of the Child, which oversees the implementation of the former Convention, and to the case-law of the European Court of Human Rights (ECtHR), which has jurisdiction over all matters concerning the interpretation and application of the latter Convention. These two bodies relentlessly promote the protection of children’s rights and it is essential to make their work known to all.

Optional Protocol to the Convention on the Rights of the Child concerning the involvement of children in armed conflict Ν. 3080/2002 ΦΕΚ Α’ 312

Optional Protocol to the Convention on the Rights of the Child on child trafficking, child prostitution and child pornography Ν. 3625/2007 ΦΕΚ Α’ 290

International Convention for the Protection of All Persons from Enforced Disappearance and Adaptation of Greek Legislation and Other Provisions Ν. 4268/2014 ΦΕΚ Α’141

Council of Europe Convention on the Protection of Children against Sexual Exploitation and Abuse Ν. 3727/2008 ΦΕΚ Α’ 257

Charter of fundamental rights of the European Union

Convention of 2 October 1973 on the recognition and enforcement of decisions on maintenance obligations Ν. 3171/2003 ΦΕΚ Α’192

COMMITTEE ON THE RIGHTS OF THE CHILD

The Committee on the Rights of the Child is a body of independent experts that oversee the implementation of the International Convention on the Rights of the Child by the Member States bound by it.  It also oversees the implementation of the two Optional Protocols to the Convention, the first dealing with the involvement of children in armed conflict and the second relating to the sale of children, child prostitution and child pornography.

All Member States are required to submit reports on the implementation of rights, as set out in the Convention, to the Committee at regular intervals.  They are required to submit the first report within two years of their ratification of the Convention and every five years thereafter. The Committee examines each report and presents its concerns and recommendations to the Member State in the form of ‘concluding remarks’.

In addition, the Commission examines the supplementary reports submitted by the States that have signed the two Optional Protocols.  The Commission also interprets all provisions relating to children’s rights in the form of general comments.

PROTECTION OF CHILDREN'S RIGHTS IN PRACTICE

GREECE AND THE COMMITTEE ON THE RIGHTS OF THE CHILD

Α. The International Convention on the Rights of the Child

The Network for Children’s Rights was one of the contributors of the last alternative report. The Ombudsman (following a review of the Second and Third Regular Reports) also submitted a report to the Commission entitled “Findings and Proposals of an Independent Authority for the Implementation of Children’s Rights in Greece (July 2003 – December 2011)”.

The Committee on the Rights of the Child issued its first concluding remarks on children’s rights in Greece in 2002, in response to the initial report of the Greek State.  Concluding remarks by the Commission were also issued in 2012 following the review of Greece’s second and third periodic reports.

GENERAL COMMENTS FROM THE COMMITTEE ON THE RIGHTS OF THE CHILD

The Committee on the Rights of the Child interprets the provisions on children’s rights in the form of General Comments. The Committee has so far issued the following general comments:

N° 2 (2002) The role of independent national human rights institutions in the promotion and protection of the rights of the child: N° 2 (2002)

CHILDREN AND THE EUROPEAN COURT OF HUMAN RIGHTS

It should be noted that any child can appeal directly to the European Court of Human Rights (ECtHR), as the conditions for bringing such actions are not always covered by the rules of national law regarding legal capacity. Indeed, there are many cases in which children have taken advantage of this right and appealed to the Strasbourg Court.  Very often, of course, it is the parents that appeal to the ECtHR in individual child-related cases, either alone or together with their child, and either on their own behalf or their child’s.

All case law of the European Court of Human Rights concerning children is listed in the Theseus database, which was set up as part of the Council of Europe’s “Building a Europe for and with children“programme.

The case of Greece

The protection of the rights of the child under the European Convention for Protection of Human Rights and Fundamental Freedoms is not generally ingrained into people’s conscience in Greece.  As a result, the number of individual appeals against the Greek state to the court in Strasbourg involving children is, so far, very small.  For this reason, there are not many convictions against Greece in this field.  However, those that do exist do not lack interest.

In particular, these decisions relate to:

the expulsion for life from Greece of an expatriate from the Northern Epirus region of Albania, who is the father of a 6-year-old boy of Greek nationality and who was convicted of violating the Drugs Act (Kolonja v Greece, 19 May 2016) 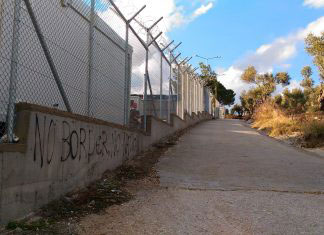 CALL TO ACTION From Civil Society Organisations Across Europe

MORIA FIRES: European Governments must urgently relocate displaced individuals from Greece Over the past two days devastating fires1 burnt down the Moria Registration and Identification...

Transfer Refugees and Asylum seekers to Safety on Mainland

The first coronavirus case in Moria stresses the urgent need for...